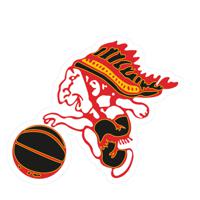 2018-19 brings yet another loaded lineup for head coach Steve Smith and the Oak Hill Academy Warriors. Last season ended in a bit of disappointment as the Warriors racked up a 44-1 record only to lose in the GEICO Nationals' semifinals. Much of their roster has departed, but the Warriors will be gifted by welcoming in the nation's top transfer and No. 1 recruit in the country, Cole Anthony. This season won't be without turmoil, however, as the Warriors have already seen three top 100 players transfer before the season has started (Chandler Lawson, Lynn Greer, Jahmius Ramsey). Even without the departing talent, Oak Hill has a stellar roster this winter, and they have their sights set on another national title.

Anthony is the best guard in the 2019 class, and there's not really any debating it. The 6-foot-3 point guard starred for the PSA Cardinals of the NIKE EYBL for the past three seasons, culminating in the league regular season MVP honor this spring. Anthony, the son of NBA veteran Greg Anthony, put up some gaudy numbers, averaging 26.8 points, 7.8 rebounds, 3.8 assists, and 1.5 steals in 21 games. Anthony has 'lottery pick' written all over him, and he should excel as the floor general in Smith's offense. The senior guard will have more weapons to work with than ever, and likely won't be depended on to score the ball as much as he was for the Cardinals. He also dropped a triple-double in their season debut, and he will undoubtedly drop some eye-popping stat lines throughout the season. Anthony is a winner through-and-through, and he should help Oak Hill do a lot of it in 2018-19.

The supporting cast took a few hits before the season started, but it is still chock full of talent. After a phenomenal spring with Boo Williams on the EYBL circuit, junior guard Cam Thomas could mess around and lead the Warriors in scoring. The 6-foot-3 combo guard was one of the best underclassmen in the NIKE EYBL, averaging 21.1 points, 2.9 rebounds, and 2.1 assists in 21 games. Thomas shot 35% from distance and should operate as the best perimeter threat for the Warriors.

6-foot-11, 255-pound big man Kofi Cockburn transfers in from Christ the King (NY) for his senior season, giving the Warriors a dominant low-post option to replace the Kansas-bound David McCormick. To put it bluntly, Cockburn is a scoring and rebounding machine down low. Starring for The Renaissance (NY) in the NIKE EYBL, Cockburn averaged 16.3 points, 10.3 rebounds and shot 54 percent from the floor. 6-foot-7 senior BJ Mack returns for the Warriors, and he'll assume the starting power forward position alongside Cockburn. Mack, a South Florida commit, was pivotal for Team CP3 (NC) in this summer's EYBL, averaging 11.3 points and 5.7 rebounds while shooting 57 percent during the regular season. Mack and Cockburn are both developing prospects, and should only improve with Anthony as their lead guard. 6-foot-6 senior swingman Christian Brown transferred to the Warriors in late October, replacing the gap left by Lawson and Ramsey. Brown is a top 60 recruit nationally, and his defense, athleticism, and ability to run the floor will be valuable for the Warriors. Junior guards Darrick Jones Jr and Evan Johnson return and will play big minutes, as will junior big man Dylan Cardwell. They won't be as deep as Oak Hill teams of past, but Anthony leading the way should make everyone else better.

The Warriors will have a heck of a strong schedule, and they wouldn't have it any other way. Oak Hill will match up against top ten opponent SPIRE Academy in early December, starting a series of games against elite competition that includes regional foes Ridge View (SC), IMG Academy (FL), West Oaks (FL) and Montverde Academy). Anthony is one of the biggest 'gamers' you'll find in basketball, and we find it hard to believe he'll let the Warriors slip up. He's good enough to beat most teams by himself, but he'll need all the help he can get when they face off against the nation's other powerhouses. This will be the 34th season at the helm for Steve Smith, and another 40-win season would have him just south of 1200 wins for his career.

View All | RSS
Tweets by PrepCircuit