Akok Akok talks to Prep Circuit on his recruitment 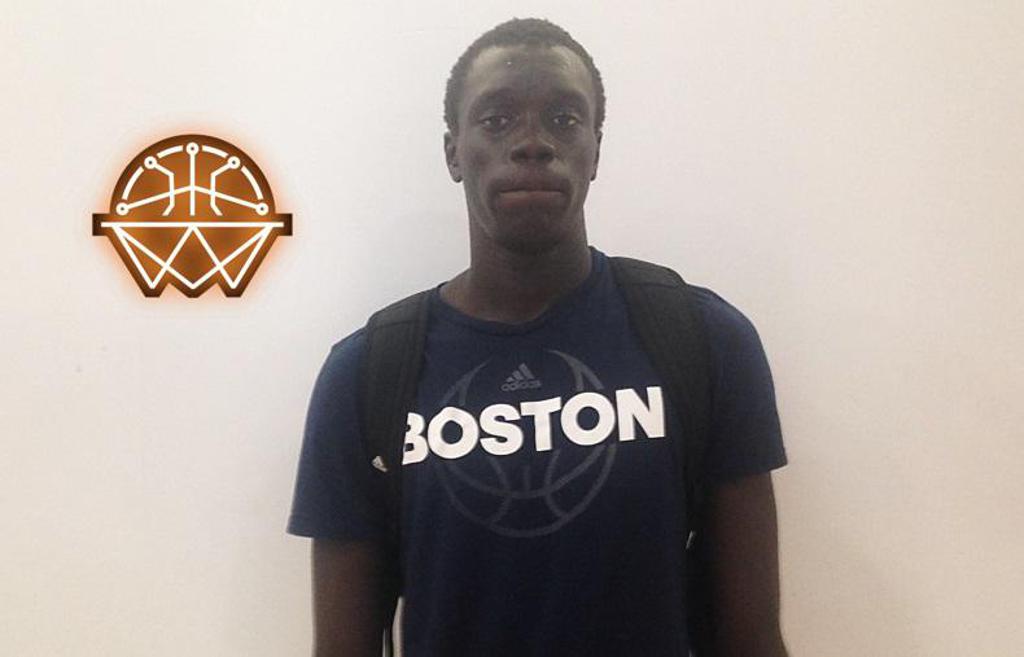 Class of 2019 power forward Akok Akok had a lot of schools in to see him at the Adidas Gauntlet Finale. Akok had his top game against one of the best teams in the nation in the Compton Magic. Akok showed off his athleticism and versatility as he finished with 22 points. The Mass Rivals forward has started to become more of a complete player.

“I think I’m putting it on the floor more and trying to get my teammates involved,” said Akok. “I also think a big one for me was rebounding, which I thought helped me improve.”

His coaches have urged him to make an impact in more than one way on the floor.

“I’m just trying to be an all-around player,” Akok said. “My coaches tell me to dominate every aspect of the game of basketball and I try to do that every time I step onto the floor.”

Five schools have been the most active in his recruitment thus far.

Syracuse watched Akok multiple times at the Adidas Gauntlet this week. The Orange see Akok as a perfect fit for their program. He has also set an unofficial visit there in August.

“They say I’m a great fit for their school and their style of play,” he said. “It’s really a great fit for me. I have an unofficial visit scheduled for Syracuse in August.”

Providence has been working for a long time in trying to keep him close to home.

“I like Coach Cooley and the rest of the coaching staff,” he said. “They have been really on me since sophomore year and they expect big things from me. They are another school that feels like I can fit in really well.”

With Dan Hurley just getting hired at UConn, he is and his coaching staff are trying to make a splash with their 2019 recruiting class.

“I just recently took a visit up to UConn and it was very good,” said Akok. “They have a thing with the 2019 class with them trying to build it up. I’m a good fit for them and their 2019 class.”

Akok is looking to go to a school that will give him a lot of freedom on the floor.

“One where they will allow me to put it on the floor,” he said. “Teams that put up a lot of shots and play good defense too.”

@FeatheryRay Where is it Ray?

Trainer @DJSackmann on what Players should be working on in Self-Quarantine | @TFrontoffice Q&A “I’ve been tellin… https://t.co/AsZypQoL4x