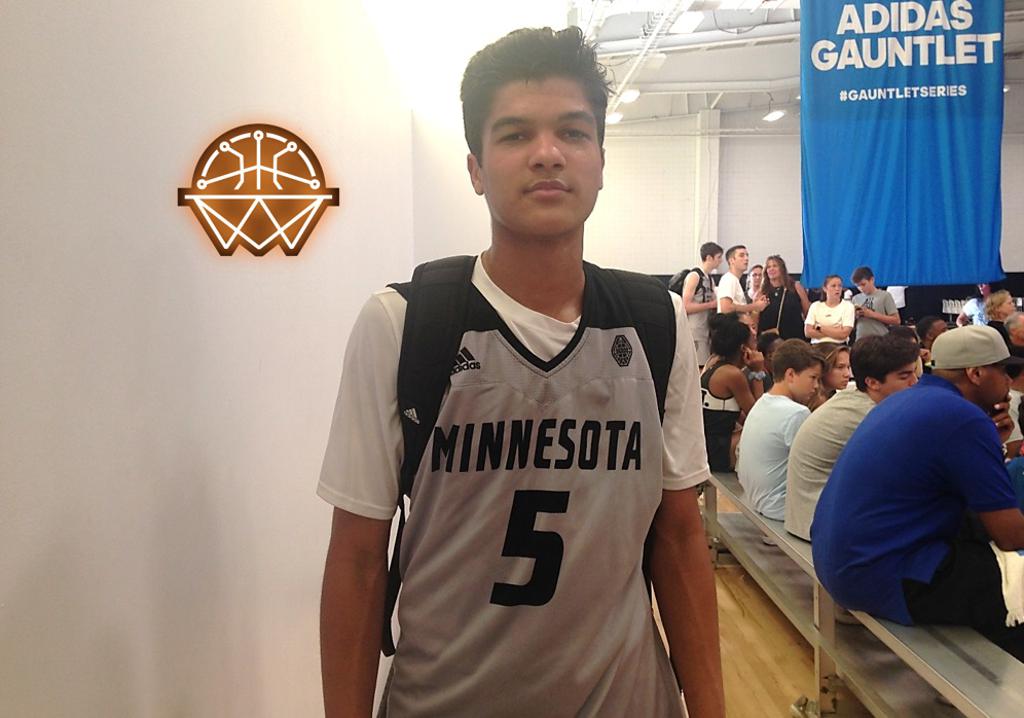 Stanford Cardinal fans would be excited with how their first class of 2019 commitment in Tyrell Terry looked today at the Adidas Gauntlet Finale. The D1 Minnesota point guard did an excellent job controlling the offense and creating opportunities for his teammates. He spoke to Prep Circuit on his performance, his commitment to Stanford and more.

Q: Today you did a good job of controlling the flow of your team’s offense. What type of role do you see yourself playing on this team?

A: “I see myself as a true point guard so I see my job as running the team as best as I can. I try to get everyone else going before myself and do things like control the pace and make sure my teammates are getting their looks.”

Q: What would you say your strengths are?

A: “My strengths are being a true point guard, leading my team and pushing the pace. I also like to get my teammates looks and things like that.”

Q: You decided to end the recruitment process earlier than most an commit to Stanford. Why do you decide on them?

A: “Growing up I’ve always been a kid that values academics just as much as athletics. I thought that was the place to get top of the line athletics as well as top of the line competition in the Pac-12. I felt that I had a great relationship with the coaching staff so it was an easy decision for me.”

Q: Who were you considering aside from Stanford?

A: “Some of the schools I was down to were Minnesota, Xavier, Butler and Indiana. Those schools including Stanford were my top five.”

Q: What have they told you about your role when you get there?

A: “My role will be the same it is now, which is to control the pace. They want me to be a true point guard and just to do the same things I’m doing now.”

Q: What were some of the other reasons why you decided on Stanford outside of the athletics and academics?

Q: After getting this win, what’s it like being one step closer to winning the championship here?

Jalen Warley, a class of 2021 guard from @WTbbasketball (PA), just picked up an offer from Louisville.

Bol Akot, a class of 2020 PG from Procter Academy (NH), has picked up an offer from Quinnipiac.

RT @TheHoopGroup: 🗣Trey Patterson (@_treypatt3) on how he’s Dealing with his time at Home & gives Advice with @PatLawless_ 🎥 Watch Full I…