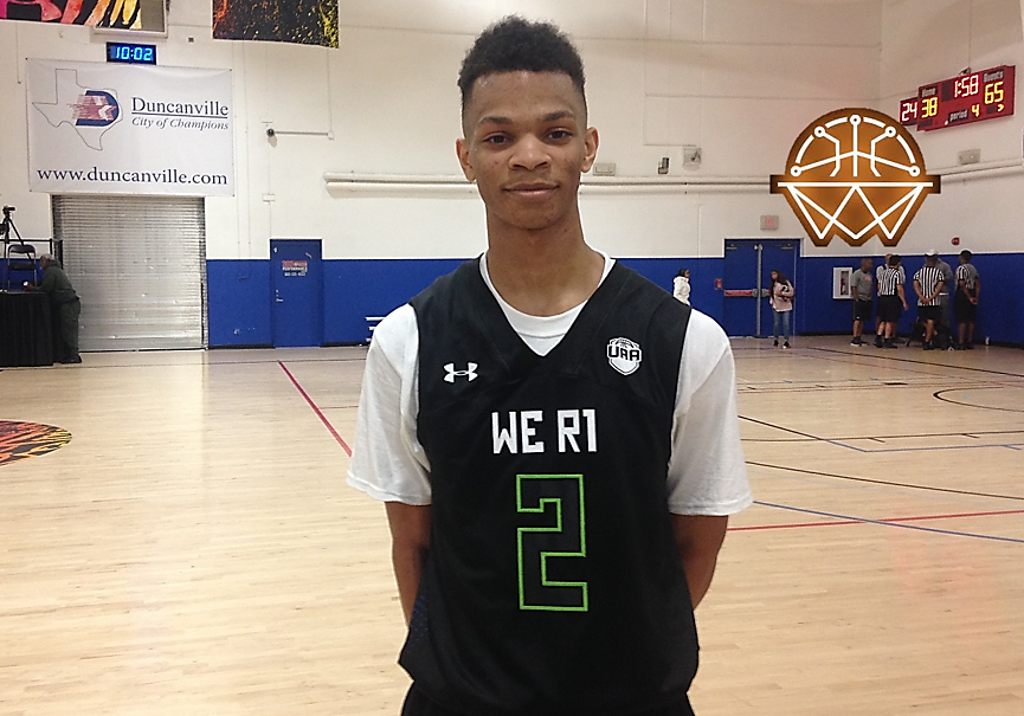 Class of 2019 guard Isaiah Wong has started to become a national name. The WeR1 (D.E.) prospect has over a dozen offers and this list looks like it’s only growing. Wong was excited to be back on the Under Armour Association circuit with his team.

“It’s good to be back with our WeR1 family,” Wong said. “Everyone is good on our team and everyone knows how to get theirs. We all know how to play together so it’s nice playing with them.”

Wong sees a big difference in his play last year versus this year.

“Last year I was just a calm guy just trying to make a name for myself,” he said. “This year I’m just more confident than last year and I’m trying to make my name even bigger.”

The Monsignor Bonner (P.A.) guard has a strong list of local programs recruiting him hard. Six schools came to mind on who is making him a priority.

Miami was one of the first high major schools out of his area to offer him. Since then Wong has a good sense of what opportunity has with the Hurricanes.

“Miami is a good place, I like their weather and they have a nice facility,” he said. “They said that I’ll be a big part of their team if I choose to go there. If I do go there I’d look forward to that opportunity.”

“Villanova is a good school and they are just coming off a championship,” Wong said. “They always have elite players and consistently win. They also develop players who do well in the tournament.”

As mentioned before, Wong has a strong list of local programs after him, but proximity to home won’t play as big of a role in his decision as other factors.

“Location doesn’t matter to me,” he told Prep Circuit. “It just depends on if I have a big role on the team and can do what I do best.”

Wong added that he plans on cutting down his list after AAU season. One factor will help separate one school from the rest when he makes his decision down the line.

“The school that keeps in touch the most and shows the most interest in me will help me make my decision,” he said.

So excited for the @EmpireInvite this weekend. It’s been my favorite thing I do in basketball & I can’t say enough… https://t.co/0CLrTfzg2l

@ARosenfeldHoops Thanks Ari! Can’t wait to have you cover it my man!