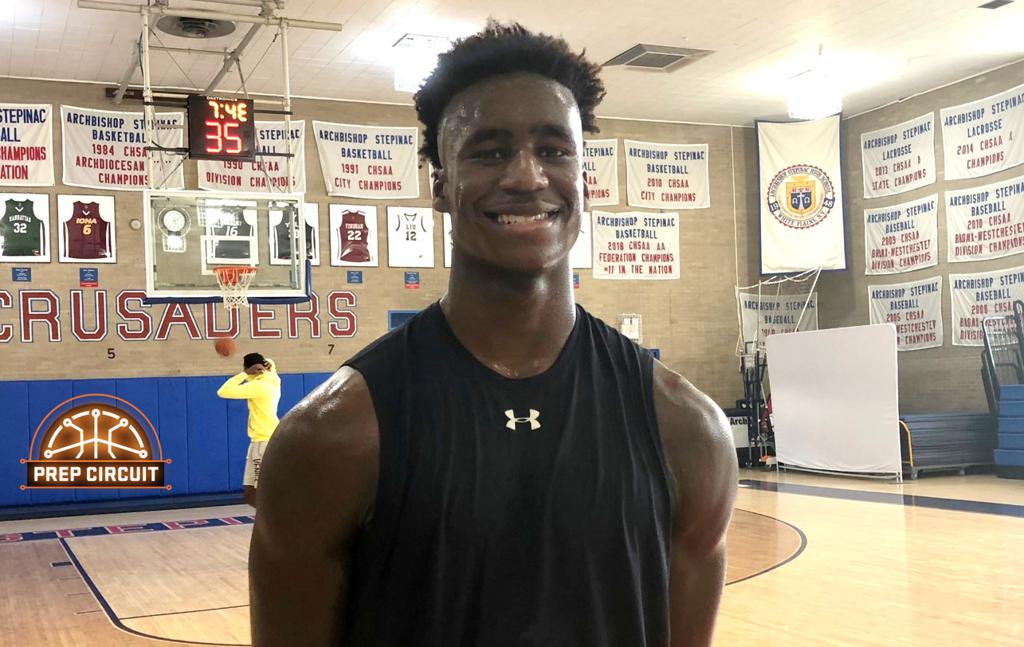 Duke Head Coach Mike Kryzewski made a statement yesterday in watching A.J. Griffin on the first-day college coaches were allowed to attend fall high school open gyms. He was accompanied by his associate head coaches Jon Scheyer and Nate James. The Archbishop Stepinac (N.Y.) junior was excited at this opportunity and sees it as a credit to his hard work.

“It shows how much work I’ve put in and that my potential is high,” said Griffin Jr. “I just have to keep working. I spoke to him over the phone and I was, of course, excited to come out here and play in front of him. I just stayed locked in and played my same game.”

Coach Kryzewski spoke to Griffin on the phone about what he sees in him as a player.

“He just told me that he was excited to recruit me and that he sees a lot of potential in me,” he said.

The class of 2021 prospect liked how he played in his first open gym of the year.

“I feel like I played well, I got my teammates involved and that was the main thing I wanted to do,” he said. “I just fed off their energy.”

Since last year, Griffin feels that he has added a lot to his game and has become a lot more confident.

“I definitely feel stronger and more confident in my game,” said Griffin. “I added some better attributes to my game like being a vocal leader. I feel a lot more confident with that and I just have to keep going.”

RT @AdamFinkelstein: Good pick-up for Greg Paulus. Upstate NY product who had offers & recruitment up to the A10. https://t.co/AjmxI78wMl

Isaiah Hill, a class of 2021 Guard from Union Catholic (NJ), has picked up an offer from NJIT.